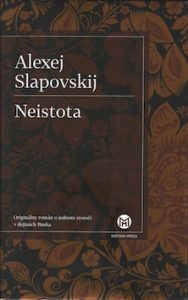 The subtitle of Aleksei Slapovski’s most recent book THE UNKNOWN is: „Novel of a Century 1917 to 2017“. And indeed, the story begins with Nikolai Smirnov’s entry into his diary on the 17th December 1917 and ends with a letter from Gleb Smirnov to his father Victor in 2017. Thus the novel is also a family saga spanning five generations. No judgement of individual fate, instead empathy with many members of the family who recognize that they are on their way into the unknown.

In its polyphonic, multi-faceted concept a courageous response to recent political reflexives in Russia where a single version of the so called patriotic past is printed in the school books. 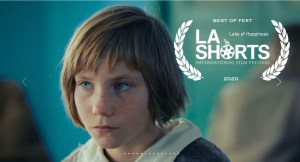 LAKE OF HAPPINESS awarded «Best of Fest» at the LAShorts 2020

The movie based on the novel LAKE OF HAPPINESS by Viktor Martinovich has been awarded «Best of Fest» at the LAShorts 2020 and is thus eligible for the Academy Awards 2021. Watch the trailer to see all the «best of» category awards on many film festivals. 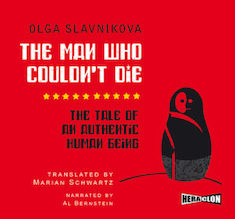 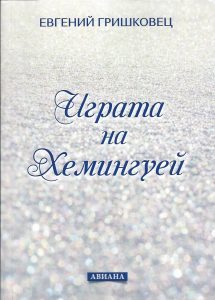 With the Bulgarian book the total number of foreign translations of this novel adds up to 13!

Evgeni Grishkovets‚ novel THE SHIRT is the story of a little man in a big city, and the tale of a day in the life of a shirt that is put on in the morning and taken off at night.