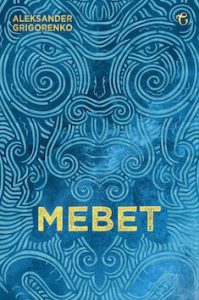 The first part of Aleksandr Grigorenko’s novel MEBET seems to take the reader off into an ethnic epic about a great hunter and warrior with all the myths of the Taiga: witches, talking dogs, huge bears, hoards of spirits. Yet the second part reveals itself as a grandiose literary reflection of the first and we realise that this no folklore novel, but a timeless novel about destiny and humanity, culminating in a powerful, universal catharsis.