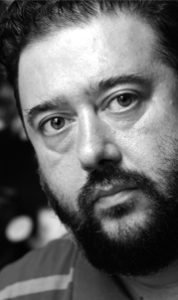 This new novel SASHA, HELLO by Dmitri Danilov with distopian character moves right on the edge of the real situation in Russia. Death penalty was recently introduced as part of a project to humanize the penal system for crimes where society has no real sense of wrongdoing. Consensual sex with minors is included. However, the execution of the death penalty was humanized to the maximum. The prison is now called Combinat, you live like in a luxury hotel. Executions are no longer carried out by executioners. Instead, a warden has recently taken you out for a walk every day through the same hallway, where one fine day you will be torn to pieces by a salvo of an automatic machine gun. This can happen in three days or in thirty years. As algorithm would have it.

The main character of the book, Sergei, is reminiscent of all the key figures of the most famous anti-utopias at once, from D-503 to Josef K., but the conditions in which he is placed have never been told in such a way.

Double awarded by non-governmental institutions: Book of the Year 2022 (by Russian publisher’s community) and Yasnaya Polyana Award 2022 (sponsored by Samsung)