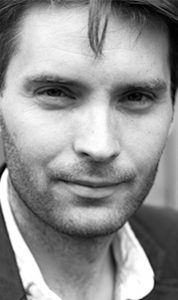 Blackout in Central Europe. No more electricity, water is only available by the hour, due to a change in the atmosphere, oil and coal do not burn anymore, even compasses do not work. Minsk has disintegrated into clans that are in part fighting. About what happens outside the city limits, circulate only terrible rumors. The end of a suicidal world in which technology has overtaken ethics.

Viktor Martinovich‘s dystopian travelogue NIGHT goes beyond a mere parable on the social-political conditions of this last dictatorship in the heart of Europe. Thoughts create reality, and in the dark as in the light the strongest power is the word. Fake news and troll factory – believing them can cost you your life.