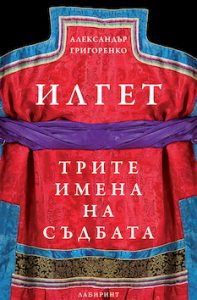 After the Bulgarian success of Aleksandr Grigorenko’s first novel MEBET which made him famous, the Bulgarian publisher brings out ILGET which is not a sequel but follows a similar setting.

„Braving the commercially suicidal subject of „northern ethnicity“ for a second time and even though he uses the same material, Grigorenko successfully manages to produce a completely new novel that in no way resembles MEBET. And which has a moral message.“ GALINA YUZEFOVICH