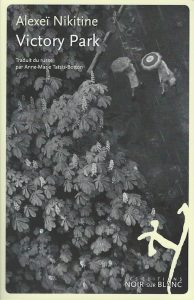 The Ukrainian author Aleksei Nikitin has not only a feel for the raw nerves of a fin de siècle, but also the skill to present his hometown of Kiev ironically and season it with original anecdotes and characters. In VICTORY PARK we learn the names of the villages which occupied the left bank of the Dnepr before the prefab housing blocks began their sprawl in the 1970s; why the soviet housing administration disliked pigeon post and in this did not differ from the German invaders during World War II; and how the rumour of a neglected German army bunker can develop into a real hideout for a neo-Leninist combat unit, who at the end of the novel spark off a final Maidan of the Righteous in Victory park.