Olga Slavnikova – The Man Who Could Not Die (The Immortal) 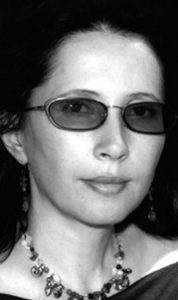