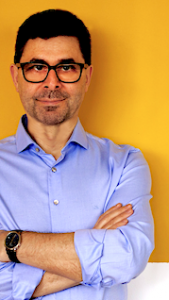 The new book by Ukrainian journalist Sergii Rudenko, author of «Zelenskyi Without Make-Up: A Political Biography» sold/published in 25 languages

The taking of the Ukrainian capital, Kyiv, was a declared main goal of Putin’s “special operation”. Whoever controls Kyiv controls Ukraine. The unexpectedly successful defense of the capital and the expulsion of the Russian occupiers from the surrounding settlements in the greater Kyiv area was a crucial turning point in the course of the war.

Battle round by battle round, author Rudenko recounts the decisive moments in the defense of Kyiv and the surrounding area. Rudenko himself was in Kyiv when the war broke out, and he witnessed the first rockets hitting the Ukrainian capital.

This is a very personal book following the individual fates of 12 people, many of whom Rudenko knew personally before the war, illustrating how brutally this war changes lives. In brief flashbacks, Rudenko shows these people in their earlier life with all their plans and hopes, and then their fate during the struggle for Kyiv. Its hot first phase is described here from a wide variety of perspectives and eye witnesses. And tragically for many of these people, whose voices that appear in the book have since been silenced by the war.